The Best and Worst Cities in America to Survive the Apocalypse… We live in uneasy and downright queasy times. What’s causing Americans to hit the panic button? Is it:

You didn’t really need us to tell you the answer is “g,” right? Apocalypse…Wow. Even to the most positive-minded among us, it sometimes seems the world is on the verge of collapse. So just in case civilization does indeed crumble, explode, or implode around you, it makes sense to have a plan. Where do you go to eke out survival?

We looked at a variety of criteria that could mean the difference between life, death, and the fate of the walking undead. We looked at the 200 largest U.S. metros and only included one per state. Our criteria included:*

Gear up and let’s take on the most frightening scenarios first. You’ll thank us one day. (Actually, we hope you won’t.)

America’s top cities are not terrific places to be during a nuclear attack—many of them are likely to be on the first-strike target list, especially hubs for government, finance, or corporate infrastructure, or cities that just may be internationally famous (for symbolic value). Military bases are also a great big bullseye. But hold on: The federal government also considers things like airfields, ports, refineries, and energy centers to be targets.

“There is no safe place. There are only safer places,” says Robert Vicino, CEO and founder of the Vivos Group, a group that sells bunkers throughout the world.

You may want to head to Kansas City, MO. The metro has one of the highest rates of housing listings with bunkers or fallout shelters. It also has more than its fair share of homes with basements, as well as those made out of brick—a structure that is better prepared for a nuclear blast. The metro has become something of a prepper mecca—In 2013, Vivos announced plans to build a huge bunker capable of housing around 5,000 people. Structural issues caused the group to abandon the project a year later, but there’s still no shortage of large underground shelters.

On the downside, Fort Leavenworth, an army base on more than 5,000 acres, is about 35 miles to the northwest. So stick to the southeast side of the city.

If you survive the initial blast, you’ll face a long road ahead. One of the basic needs is drinking water, so living in a city like Duluth (No. 7) is a big plus, given the high number of properties with lakes, ponds, and wells. You’ll also need some form of power—San Luis Obispo has a higher-than-average number of homes with solar panels listed on realtor.com. And a city like Manchester has plenty of health care professionals to treat any festering injuries. (And there are likely to be plenty.)

If you’re worried about a nuclear event, what type of home should you seek out?

“Some [preppers] are all about water sources. Others want to get deep into the mountains,” says Theresa Mondale, broker and owner of the United Country-Western Montana Group in Missoula, MT. Mondale specializes in survivable and sustainable properties. “My clients range from college students, retired government officials to high-ranking Silicon Valley [folks].”

OK, so what are the place to avoid like nuclear waste? Let’s take a (scary) look.

People around the world hunger for a taste of the Big Apple, but if a nuke drops while you visit, it could be your last taste: New York leads the list of worst places in the United States to ride out an attack. Like most of America’s largest cities, NYC would be hit with a deadly double whammy: In addition to being a primary target, it has precious few natural resources to make post-blast survival possible. Unless you enjoy eating grilled subway rats?

Big cities usually have most of their goods (food, bottled water, medical supplies) shipped in. Once that stopped, panic would quickly set in.

Even getting out of most urban areas, which rely on public transportation and are known for clogged roadways, could be near-impossible. That’s especially true for Miami, our fifth worst-ranked metro—as thousands of people learned while fleeing Hurricane Irma in September.

“There are very few ways to get out of here during a massive evacuation—the only way to go is north,” Duarte says. “Surprisingly, there are only three major highways out of South Florida. Under normal circumstances, those arteries are already congested.”

After New York, our data crunching ranked Los Angeles as the second-worst nuclear haven, Dallas the third, and Nashville, TN, the fourth.

If you call one of these urban centers home, here’s something to cheer you up: Just about everyone would be screwed during a nuclear strike. So there’s that.

“If it does happen, I don’t know if any amount of time preparing will do much difference. I’ve seen what happens in the aftermath of a simple weather event—people go into chaos,” Duarte says. “That thing we call civilization goes away quick.”

Phew. Let’s lighten the mood a bit and turn to zombies! We all love zombies, right?

Anytime a disease spreads from one continent to another, it follows a similar pattern: An unknowingly infected person boards a plane and spreads the illness to others for the whole flight—until they land at a major international airport. In a major city. And once they get to those packed metros, they spread it some more. And on and on.

Zombie-ism is a disease. So if you’re fond of your brains, you don’t want to be in a big city.

That’s why smaller metros head up our walking dead survival list. Topping the list is Lubbock, TX—and the reason can be found in the early scenes of the movie “Zombieland,” when the hero lists his “rules.”  The first: Keep up with your cardio! (You need to be fit to outrun the undead, especially the fast type.) But the second rule is all about the double tap: Always shoot your zombie twice in the head, just to be on the safe side. Cue gun-lovin’ Texas.

Being located in one of the most Second Amendment-friendly states offers plenty of opportunities to get familiar with your firearms prior to the zombie takeover. There are a whole lot of shooting ranges in the area, such as the Patriot Firearms & Family Shooting Center.

But marksmanship alone won’t keep you alive for long. You have to sleep sometime! Lubbock also has an unusually high number of impenetrable, windowless safe rooms and panic rooms—great hideouts where you can avoid legions of soulless animated corpses. “We had a  huge tornado here in the 1970s. What came out of it was that Texas Tech became a leader in creating safe rooms” to protect against future disasters, says area real estate agent Jacky Howard of Coldwell Banker.

While proximity to military bases could prove fatal with nukes, it’s likely a godsend in the face of the living dead. A military outpost would have the soldiers, ammunition, and tanks required to take down those rotting herds.

Oklahoma City, at No. 4, was an exception to the small-metro rule. Like Wichita, KS, at No. 7, it’s in the swath of country known as Tornado Alley. These areas have plenty of homes with bunkers and safe rooms to survive the twisters—and far creepier things.

All right, the fun is over. As we’ve learned from “The Walking Dead,” no one lives forever (RIP, Sasha). So let’s take a terrifying look at the very worst places to find yourself.

A zombie apocalypse would take a little while to ramp up to full force. It might start with media reports of a breakout of a rage-inducing disease. That could convince you to stay inside for a few days. But by the time you came to grasp the situation, it might be too late to leave.

Now imagine living in New York, the very worst city to be situated when the zombies take over. In fact, surviving the undead in Manhattan could be even tougher than surviving nukes (or, for that matter, slow-moving tourists). You’d be lucky to make it a block in this jam-packed city without being ripped into something that resembles pulled pork. Just ask Rick Grimes, who barely escaped a zombie mob in downtown Atlanta during the first episode of “The Walking Dead.” (Spoiler: His horse gets eaten).

It almost goes without saying, but you can’t grow a garden in a 500-square-foot apartment. And unless you purchased about 1,000 cans of Campbell’s Chunky soup prior to the walkers’ invasion, you’re outta luck. The lesson here is that if you live in a huge city and start seeing people take bites out of each other, it is time to run for the hills.

Still, you might want to take some precautions in case you can’t get out in time.

“Equipping a home with shatter-resistant windows, security devices, and alarm systems could go a long way,” says author Duarte. “Anything you can do to slow down a potential intruder or mindless zombie without much intelligence” would be good. Amen!

Information from this article was originally posted on Realtor.com

Clarkson, Cabello & Kehlani to Be Honored at Billboard Women in Music 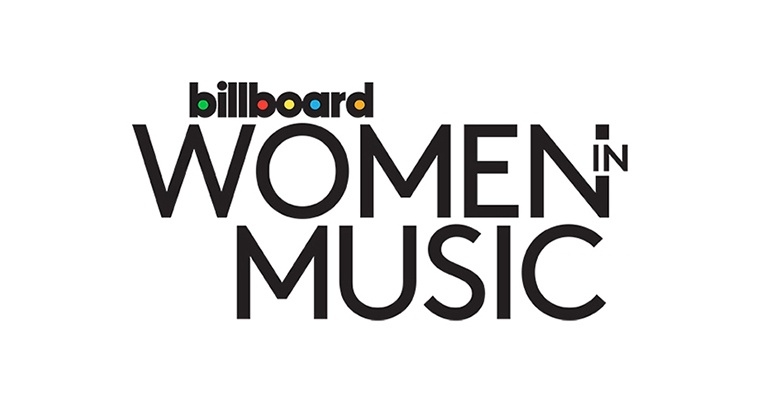