It’s been a uneven year for established pop acts. From Katy Perry to Coldplay and Miley Cyrus, 2017 has been marked by some lowlights from the biggest names in music. But that has left room open for some new voices like Cardi B and Dua Lipa to make stunning debuts on a massive scale. Of course, some perennial favorites like Rihanna, Drake, and Carly Rae Jepsen are still churning out the quality hits as they’ve always done. Here are the best pop songs of 2017 so far.

In 2017, everything must have a “take.” It’s a time when the most salacious thing will be the most popular, when even a shitty opinion is more viral than no opinion or a good opinion. And, in that sense, it’s kind of refreshing that Harry Styles doesn’t have anything particularly difficult to say on “Sign of the Times.” It certainly seems like his heart is in the right place, as he told Rolling Stone that “Most of the stuff that hurts me about what’s going on at the moment is not politics, it’s fundamentals. Equal rights. For everyone, all races, sexes, everything. … ‘Sign of the Times’ came from ‘This isn’t the first time we’ve been in a hard time, and it’s not going to be the last time.'” It’s hard, exactly, to pinpoint what he’s talking about. And it’s not the bravest stance. But, hell, it’s nice that he’s not problematic. Along with the nostalgic, Beatles-esque ballad build and chord progression, there’s ultimately something so safe and comforting about this song. Styles is on your side.

It takes a powerful debut song to knock the Queen of Pop, Taylor Swift, off the top of the pop charts. And that’s what Cardi B did with the historically successful “Bodak Yellow.” The swaggering hit marked the first time a female rapper scored a solo No. 1 song since Lauryn Hill in 1998. It makes total sense, too, as the song takes Cardi B’s no-fucks-given approach to life that made her an Instagram and reality star. If that’s not the perfect encapsulation of popular culture in 2017, then I don’t know what is.

Dua Lipa seemingly came out of nowhere in 2017, releasing her debut album to impressive numbers and scoring massive tours with Bruno Mars and Coldplay. In fact, her following has gotten so big that she’s embarking on her own arena tour in 2018. And that’s because Lipa’s mournful but upbeat pop music has arrived at the perfect time, when it feels like there’s not much to be overtly happy about. It even acts as a pretty good guide to heartbreak and breakup, with lyrics on “New Rules” like “If you’re under him / You ain’t getting over him.” And that’s a pretty concise life lesson.

Every once in a while there’s a song that, from its opening notes, you know is going to be something you play on repeat. N.E.R.D. and Rihanna’s “Lemon” is that, three-fold. The opening quote from Pharrell—“The truth will set you free, but first it will piss you off”—is as compelling as it is accurate for our time. Then that beat hits like you’ve just been dropped in the middle of the most dizzyingly lit club. It happens again as Rihanna comes into her verse with a confident, comfortable groove. But beyond hearing these artists on one song, it’s great knowing that this song—which will soon be played just about everywhere—includes a Pharrell verse warning about drinking the Donald Trump Kool-Aid.

Here’s some fun facts about the liger, the largest known feline, via Wikipedia: they “enjoy swimming,” they “are very sociable,” they “typically grow larger than either parent species.” In other words, ligers are fucking awesome, and you’ll probably never have one—unless you’re Young Thug, that is. “I bought a Rollie’, but I coulda bought a Viper / Everybody got tigers, so I wan’ go get a liger / I’m so different from these niggas, I won’t be like ’em,” he sings in the chorus of “Liger.” It’s a statement of originality—something that Young Thug has never been lacking. And if he can have any spirit animal, it’s definitely a liger.

It’s hard to separate the video for Charli XCX’s “Boys” from the song itself. To be stuck forever thinking about boys means picturing Riz Ahmed with a teddy bear or Mac DeMarco licking a guitar. But the video itself is good evidence of how well Charli understands meme-able culture. Somehow, she morphs a clichéd theme—daydreaming about hunks—into something that feels fresh for the Internet Age.

Carly Rae Jepsen is pop music in its purest form. Emotion was the album that Katy Perry and Lady Gaga wanted—and are still trying desperately—to make. It’s smart, precinct pop music that would sound like laboratory bubblegum if it wasn’t so plugged into emerging tastes. Jepsen’s “Cut to the Feeling” is among the dozens of tracks reportedly cut from Emotion. Like virtually every song on that album, “Cut to the Feeling” is boundlessly fun. Just let loose to it—jump on your bed in your underwear, be your own ’80s rom-com montage, hang through the sunroof of a limo. Just let Jepsen—who must have been genetically engineered to be a pop star—transport you to a world without problems.

If David Byrne approves of your song, you know you’ve done something right. And that’s especially important in the case of “Bad Liar,” Selena Gomez’s new song that samples Tina Wymouth’s bass line from Talking Heads’ “Psycho Killer.” It sounds like a combination that would make Talking Heads elitists groan, but it’s so perfectly incorporated into Gomez’s silky groove.

Breakups suck, but regretting a breakup is even worse. There’s always the want-you-back phase, and when that inevitably arises, we now have Haim to turn around a shitty feeling. For all its Fleetwood Mac-appropriate relationship drama, Haim’s return after the breakout success of Days Are Gone is anything but a mood-ruiner. Those big opening chords, that slappy bass line, and the beautiful call-and-response vocals are enough to turn around any bad vibes.

Popcan has quietly contributed to the last three years of songs of the summer. He appeared on Jamie XX’s 2015 party anthem “I Know There’s Gonna Be (Good Times)” and on Drake’s inescapable 2016 billboard smash “Controlla.” One of Jamaica’s most successful dancehall artists, his sound has been co-opted by American pop stars who are clamoring for the global aesthetic of his genre. A Popcan song can survive in any market in the world, which has become the key to success in this modern music ecosystem defined by streaming numbers. And few acts have defied the constraints of genre than Gorillaz. Self-described music diplomat Damon Albarn has collaborated with Popcan on a track that maintains their individual backgrounds, while elevating the track into an eerie and universal experience.

It’s clear that something as simple as an arbitrary term for a collection of music can be freeing for an artist of Drake’s stature. A playlist—that’s just a word. But his is how he labeled More Life, his batch of 22 new songs. By removing the pressure of something as daunting and serious as “an album,” Drake was able to approach this release from a more organic perspective. Rather than release a bunch of clinical tracks manufactured for maximum commercial value as he did on Views, Drake could finally relax. “Passionfruit” might be Drake at his most chill. It’s certainly Drake at his most unabashedly cheesy. It’s Drake making a hit by not trying to make a club banger. This is like if “One Dance” took a bunch of Ambien and got super emotional. “One Dance” is album Drake; “Passionfruit” is playlist Drake. I’d imagine the latter is the closest to the real deal.

There’s something so fascinating with what Frank Ocean does rhythmically here. The beat of “Chanel” is a normal enough, shuffling 4/4 beat. But the way that his voice comes and goes and pulses in and out and stretches at its own whim, cutting himself off and crescendoing at unexpected moments, he pivots what could could be a simple song into something that’s challenging for reasons you can’t quite put your finger on. There’s also no real linear construction. The chorus, the clever lyric—”I see both sides like Chanel”—only arrives twice in the song between two verses of completely different length. Like Ocean always does, he leaves you wanting more, and he makes you come back for answers.

If David Lynch ever makes his own La La Land-type movie, I really hope he casts Lana Del Rey as its lead. On one hand, her music has overwhelming romanticized imagery of youth culture that makes teenagers love her. But on the other hand, it’s so goddamn surreal and creepy. “Love,” the first single from her upcoming album, features the sound that is eerily similar to someone cocking a gun while she coos the song’s chorus. With those deep, doomed drums—and her haunting “don’t worry, baby”—it’s all so menacing. But that’s what makes Lana fascinating as hell.

Not even Calvin Harris can ruin a track with Frank Ocean and Migos. Harris makes big, dumb, fun music that’s either just big, dumb, and fun or just a sappy breakup track about Taylor Swift. Fortunately, anything Ocean touches is instantly gold, and here, even when he half-asses his vocals, he turns Harris’ tropical disco beat into an absolute delight. And if you weren’t having a good time yet, Migos come in to bark and woo and splash the song with onomatopoeia. The world sucks anyway, so fuck it, and let Harris, Ocean, and Migos make it more bearable.

Lorde seems like the only millennial qualified to sing about the modern teenager. Sure, her formative years were hardly normal, but she seems to have a removed objectivity about her peers that makes her an authority. That, and she avoids cliches both musically and thematically, crafting pop music that’s neither obnoxiously bubbly nor overtly somber. Instead she exists in a fascinating middle ground. This is often because Lorde’s music plays in the mixolydian mode, it’s hard to really pinpoint if she’s happy or sad. Even something as upbeat as her pop-focused “Green Light” with its cheering chorus has falls into that uneasy space that doesn’t exactly a major or minor melody.

Information from this post was originally posted on Esquire 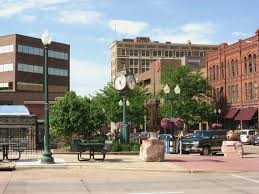