Even Guns N’ Roses newbies can appreciate the gnarly tales from Guns n’ Roses that have popped up over the years. Rumors tell of countless trashed dressing rooms, mountains of consumed drugs, and even a few brushes with death. The craziest things Guns N’ Roses ever did are the stuff of rock legend – what other band dabbled in everything from fights with other musicians to petty theft from groupies?

1. Slash Had A Bad Trip And Ran Naked Through A Golf Course

After their 1989 world tour, Guns N’ Roses took a break from the road. Apparently, the routine of touring was all that was keeping Slash’s addiction problems from spiraling out of control. As he wrote in his memoirs, “It turned out to be the start of a long and nightmarish obsession with heroin that lasted from 1989 through 1991.”

After one particularly gnarly binge on heroin/cocaine cocktails, Slash started tripping pretty hard at an Arizona golf course. He remembers “Predators with rubbery-looking dreadlocks chasing after him with machine guns and harpoons.”

Fearing for his life, Slash punched through a glass door to escape. The totally nude musician even grabbed a maid as an impromptu “human shield.” He recalled the story to the police in great detail: “I was still high enough that I told the story without a shred of self-consciousness.”

2. Izzy Stradlin Was Arrested For Urinating On A Plane

On August 27, 1989, GnR rhythm guitarist Izzy Stradlin was on a flight from Los Angeles to Indianapolis. Apparently, he had been drinking pretty excessively, and had to use the bathroom. Unfortunately, none were available:

“I was drunk in the middle of this bunch of senior citizen types. I was smoking, and the stewardess came over. I told her to f*ck herself. I was drinking so much I had to take a piss. The people in the bathroom… man, it seemed like I waited an hour. So I pissed in the trash can instead… Next thing I know we’ve landed, I’m walking out and I see 10 policemen… And I remember thinking: ‘Uh-oh! I think I f*cked up again.'”

On a layover in Pheonix, police met Stradlin at the gate and charged him with “public disturbance for smoking in a non-smoking section, making obscene gestures to passengers and verbally abusing a stewardess.”

3. Axl Rose Slept With His Bandmate’s Girlfriend And Recorded It For A Track

In the spring of 1987, GnR was recording “Rocket Queen,” a charming little ditty about doing the nasty. Nineteen-year-old Adriana Smith was dating drummer Steven Adler, but he had recently cheated on her. For revenge, she decided to get drunk and have sex with Axl Rose – and to add insult to injury, they decided to record the audio and use it as a sample on the track. You can hear Smith’s contributions at around 2:30 on the track.

Axl apparently had notes on her vocal performance, though, telling her, “Come on, Adriana, make it real. Stop faking!” Smith later said she regretted the stunt.

4. Slash Brought A Mountain Lion To A Hotel

Slash apparently developed a fondness for exotic pets. By the early ’90s, he had collected a number of venomous snakes and lizards in his Los Angeles home, as well as a mountain lion he named Curtis. But when the Northridge earthquake hit in January of 1994, Slash’s house was damaged. He temporarily moved to a Four Seasons hotel in Marina del Rey – and Curtis came too.

5. They Almost Died In A Car Crash

When GnR returned to Los Angeles from their first tour in June of 1985, they got into a nasty car accident. The guys were in bassist Duff McKagan’s car, and another vehicle broadsided them at an intersection going 60 miles per hour. Miraculously, the band walked away with minimal injuries, though drummer Steven Adler broke his ankle.

Slash wrote about the incident in his autobiography: “Duff’s car was totaled and we could have been too. That would have been a sick twist of fate: the band dying together after we’d just gotten together.”

It’s rare to find someone who had beef with David Bowie, but Axl Rose managed it. In 1989, Bowie dropped by the set where Guns N’ Roses was filming the music video for “It’s So Easy.” Axl didn’t like the way Bowie was talking to his girlfriend, Erin Everly, and hit Bowie and threw him out.

Ever the class act, Bowie apologized, and the two made up with a long night of clubbing.

7. They Robbed Girls Their Bandmates Were Having Sex With, And Dabbled In Drug Dealing

Even Guns N’ Roses’ pad developed a reputation. Former rhythm guitarist Izzy Stradlin recalls the debauchery the band got up to in the summer of 1985, while they were crashing in a spot called “The Hell House.” The band was so strapped for cash that they resorted to desperate measures:

“We sold girls. If one of the guys was f*cking a girl in our sleeping loft, we’d ransack the girl’s purse while he was doing her.”

They were apparently selling drugs as well. Soon, that behavior caught up with them; the LAPD caught wind of the illegal activity, and the GnR guys had to hide out from the authorities for a while.

On March 26, 1986, Guns N’ Roses was set to sign their first deal with Geffen Records – but Axl Rose almost blew the whole thing by throwing a tantrum. Apparently, he couldn’t find his contact lenses, and after accusing his bandmates of stealing them, told them to “go [to the signing] without him.”

The other GnR members “eventually found him sitting on top of the Whisky A Go Go.” Slash told Axl they had found his contacts, and convinced him to come down. They showed up to the Geffen meeting several hours late and penned the deal.

Just two days before Christmas in 1987, Guns N’ Roses was out on the road with Alice Cooper and Mötley Crüe. GnR guitarist Slash and drummer Steven Adler were snorting fistfuls of cocaine with Nikki Sixx of Mötley Crüe that night. According to Adler, he stepped out of the room to shoot up, and when he returned the door was blocked by Sixx’s unconscious body.

Adler tried to revive Sixx with cold water, and when that didn’t work, he “started smashing the him in the face with his cast” (he had broken his hand punching a streetlight). The blows eventually resuscitated Sixx.

The next day, when Adler stopped by the hospital to see Sixx, he asked, “Stevie, what the f*ck happened to me last night? My face is killing me!”

10. They Got Mad At Axl Rose And Trashed A Dressing Room

Guns N’ Roses had a rough night on October 23, 1986. They were scheduled to open for Alice Cooper at the Arlington Theater, but Axl Rose didn’t make it. He showed up late and security turned him away, so the band had to improvise. Guitarists Izzy Stradlin and Slash made up lyrics and asked audience members to come up and sing to cover for their missing frontman. Out of frustration, “the band trashed the dressing roomand broke all the mirrors.”

11. They Sparked A Massive Riot In St. Louis

In 1991, Guns N’ Roses embarked on their Use Your Illusion tour. Their July 2 St. Louis gig had them stopping in the brand new Riverport Amphitheater, and the 20,000 seat venue was nearly full. The band played for about 90 minutes before Axl Rose lost it. He was apparently angry with a fan who had snuck in a camera, and jumped into the crowd to confront him. Axl left the stage soon after, and the band followed.

Realizing that the show was over, the infuriated fans rushed the stage. Security attempted to stop them with water, but the weak streams didn’t stop the mob. Soon, people were destroying the stage and making off with expensive sound equipment. Hundreds of cops had to be called to quell the commotion.

Blame for the so-called “Riverport Riot” fell squarely on Axl. He was sued for $2 million in damages, and 20 personal injuries claims were brought against him as well. The lawsuits were settled out of court, and Guns N’ Roses hasn’t been back to St. Louis since.

Small Business Spotlight: See Why Erica Trusts Uber to Get Her Around San Francisco Safely
Whether you’re traveling the world or commuting, Uber is on demand, 24/7. Save time & money by visiting multiple destinations in one ride.

In November of 1987, during a show at the Omni in Atlanta, Axl Rose thought he saw a security guard roughing up one of his friends in the front row. Naturally, Axl jumped off stage mid-song, and punched the female police officer in the face. Axl was hauled off by the police, and a roadie filled in for him on vocals.

The authorities agreed to let Axl go if he apologized to the cop in writing. He signed the apology, but when the police officer came in, he looked at her and said, “F*ck you, you f*cking jag-off cop.” He wound up in jail.

13. They Had To Hitchhike On Their First Major Tour

Guns N’ Roses’ first tour in 1985 was called The Hell Tour, and it definitely lived up to its name. They had a van all set to carry their gear from Los Angeles to Seattle – but the car broke down right in the middle of Interstate 5. Unwilling to miss their upcoming show, the band grabbed their guitars and stuck out their thumbs. They had to play on borrowed gear (and were only paid $50 of their promised $250 payment), but GnR successfully hitchhiked to their destination.

14. Axl Rose Started A Fight After Being Told He Looked Like Bon Jovi

On December 19, 1987 while in Chicago, Axl Rose punched a fan square in the face for telling him he looked like Bon Jovi. Axl followed up by saying “Bon Jovi can suck my dick.”

Apparently, the feeling is mutual. Bon Jovi expressed some disdain toward Axl in the New York Post in 2006:

“You know what pisses me off? I was reading this British rock magazine this month and there was a story about Axl Rose and the $13 million GUNS N’ ROSES record that was never made. That motherf*cker hasn’t made a record in 13 years and he gets all that attention. You know what I’ve done in 13 years? A lot. But they have continued to write about the freak show aspect of him. Because he’s a recluse. That makes him interesting, right?”

15. They Were Loaded When They Landed Their Record Deal

On February 28, 1986, Guns N’ Roses played a very special gig at the Troubadour in Los Angeles. Tom Zutaut from Geffen Records was courting them for a record deal, and wanted to see how the band did live. So what did they do? According to author Stephen Davis, everyone but Axl Rose “got drunk, did heroin, and snorted coke.”

Apparently, it worked. The band was signed to Geffen a month later, and received a large cash advance – which Slash promptly spent on more drugs.

Guns N’ Roses went on tour with Metallica in 1992. On August 8, they stopped in Montreal to play a gig at the city’s Olympic Stadium. The concert seemed doomed from the start: Metallica’s James Hetfield was badly burned by pyrotechnics, causing the band to cut their set short. GnR didn’t take the stage for another two hours, and when they did, they didn’t stay very long – the Seattle Times claims they only played for 15 minutes before leaving.

The outraged audience exploded. An estimated 2,000 people began smashing windows and looting the neighborhood, causing nearly half a million dollars worth of property damage. As a result, Guns N’ Roses was barred from Olympic Stadium for life. 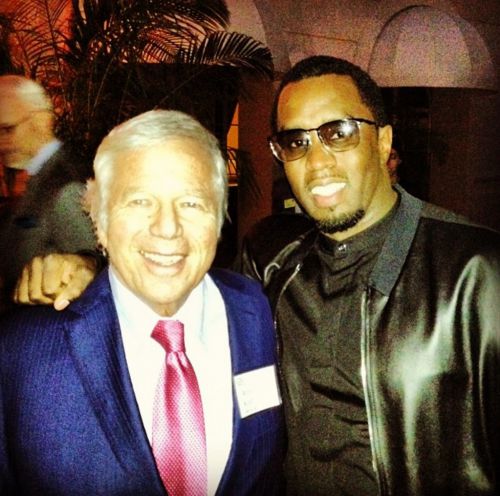