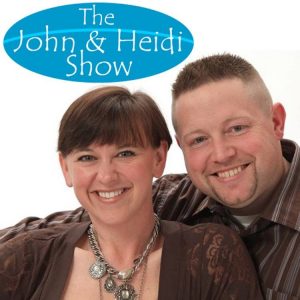 John & Heidi met in 1999 when John moved to a small town in Iowa to help launch a new radio station. About five months after moving there he met Heidi and the world has not been the same since. John actually started his broadcasting career in 1994, but this radio program started when the couple launched their very own radio […]