Stolen guitar ‘derailed’ a Skokie teen’s pursuit of music. 23 years later, she found it on Ebay

When Nicole Pompa’s stolen guitar was reported stolen in a 1994 Skokie residential burglary, she lost her zeal for music but always kept her eye out for the instruments.

She also checked online and signed up for eBay alerts for when any guitars fitting certain criteria were posted for sale. 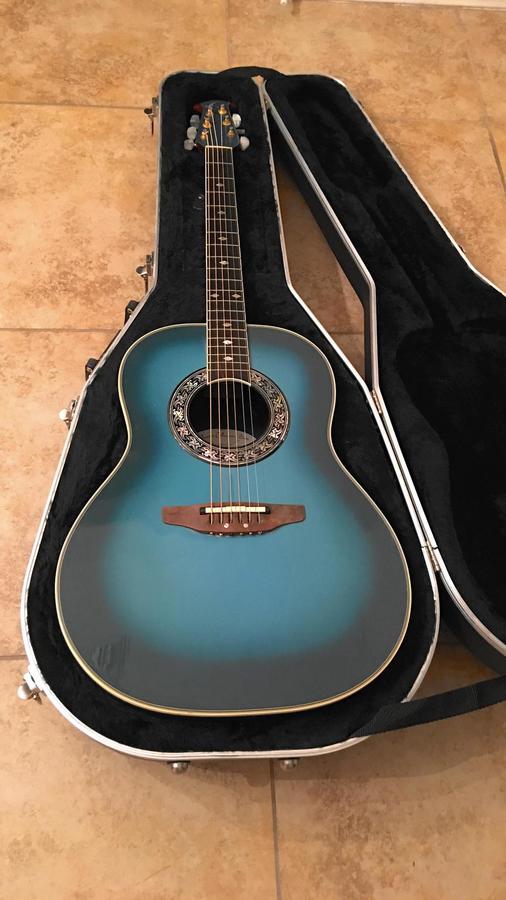 Then on Nov. 2, she received an alert for her blue six-string Ovation guitar, which was a surreal date in itself, she said. The Skokie burglary occurred Nov. 2, 1994 — exactly 23 years earlier.

One of the pictures posted for the sale included the guitar’s serial number, which Pompa still had, and it matched.

“I was crying and completely floored,” she said. “As soon as I saw it, I called the Skokie police. I said, ‘this might sound crazy but 23 years ago today I was robbed when I lived in Skokie and I was a minor and one of my pieces of stolen property right now is out on eBay.'”

Two of her guitars and other music-related items were stolen in the 1994 residential burglary when Pompa was a 17-year-old Niles West High School senior, she said. She recalled coming home from school, seeing that something was wrong and immediately calling her mother.

According to the police report filed at the time of the incident, someone broke into the family’s apartment by breaking a rear door glass and unlocking the door.

“Once inside, they proceeded to the rear bedroom and removed two guitars, one guitar case” and miscellaneous items including CDs and a dress, according to the police report.

I was playing in a band at that time … and I got thrown out of the band for having no instruments. I continued with music but it wasn’t the same.— Nicole Pompa

The value for all items was estimated at $4,200, according to the report.

Pompa said the burglary “derailed” her life and her pursuit of music.

“I was horribly devastated,” she said. “I was playing in a band at that time and my first real gig was three days later, and I got thrown out of the band for having no instruments. I continued with music but it wasn’t the same.”

Pompa began playing the piano when she was 6, the drums when she was 11 and then switched to guitar a year later.

“I switched to guitar because my mom really couldn’t stand the loud noise so what does a girl do?” she said. “The girl gets an amp and a guitar. I really, really, really loved guitar.”

That Pompa never gave up looking and was able to supply Skokie police with much information about the guitar helped in bringing her cherished instrument back to her, she said.

According to police, the two stolen guitars were a blue six-string Ovation — the one she just recovered — and a six-string Fender Stratocaster. She said she received the Stratocaster as a gift from her mother. It probably cost between $350 and $500 then and is worth about $1,000 now, she said.

She bought the Ovation herself only four months before the burglary, paying for it from “job money” from the previous summer working at the village’s Oakton Park pool, she said.

“At the time, I spent about $700 and something, and it’s probably worth $3,500 today,” she said. “The special thing about this Ovation is that there are only 52 made. It’s a 1983 Celebrity Ovation. They only made a limited number of the turquoise blue guitars.”

Much has happened in the 23 years since Pompa last saw that guitar. She is now married, lives more than 1,700 miles away from Skokie and has her own online sports card business, she said.

Even though she got another electric guitar along the way, she never stopped looking for the stolen ones.

The unlikely return of her guitar was an early Christmas gift she never expected to receive, she said.

Skokie police Officer Eric Swaback said police do not usually receive a call like the one Pompa placed telling them she found a guitar that had been reported stolen more than two decades ago.

“I can say that I’ve never experienced a 23-year-old case being resolved in this manner ever in my career,” he said. “It’s more than very unusual for that to happen.”

Swaback said that once police were contacted and Pompa had the serial number and a copy of the original police report, “we kind of put the pieces of the puzzle together and realized this was actually her guitar.”

Pompa credits police for contacting the eBay seller and setting up the return of the guitar.

Jacob Forsythe, who lives in suburban Denver, said he bought the guitar for $500 along with other guitars and items and was selling it on eBay for $700 when he heard from Skokie police.

Forsythe said he initially thought the story seemed far-fetched, but he called Pompa and heard it firsthand. Both of them said they shed tears together during the call because as musicians, they understood Pompa’s loss.

Forsythe said he is a musician who runs an online music store to fund his personal collection of about 200 guitars.

“I could not imagine having my instruments stolen,” he said. “My guitar was an extension of my body. If you take away my guitar, I couldn’t eat. I wouldn’t be able to function. I couldn’t imagine what she had gone through with that.”

Forsythe immediately told her he would return the instrument and only charge shipping.

“What kind of a monster would ask her to pay for her own instrument after hearing that story?” he said. “It’s a musician’s code. If someone’s gear is stolen, you give them back their gear.”

The last time Pompa saw her handsome blue guitar, she wanted to become “the female Bon Jovi” and was even recording music and enrolled in music classes at Columbia College, she said.

Those days are over now, but she still is thrilled to have the guitar back — even though she said it is a little more beat up than when she last saw it.

“I haven’t played a guitar for 20 years,” she said. “There’s some damage and it needs attention, but she still sounds good.”

As for the Stratocaster, Pompa said she will continue to look although she knows that one presents a greater challenge to find

“The second one is harder to distinguish,” she said. “The Ovation was very distinctive. But I’m still doing everything I can to find it. I’m not going to give up.”

Portugal. The Man’s ‘Feel It Still’ Breaks Record for Most Weeks at No. 1 on Alternative Songs Chart 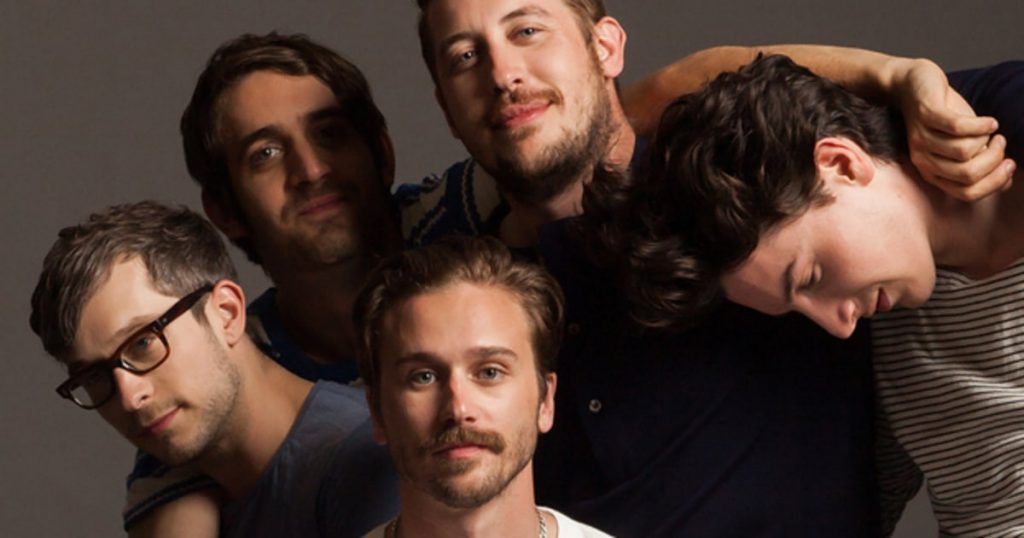 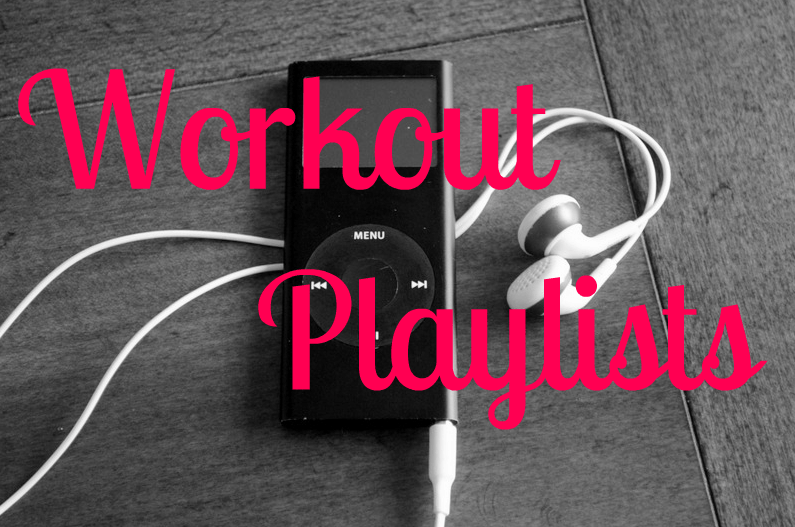