South Dakota State Athletics – The Jackrabbits gave the Bison their first loss of the season in the battle for the Dakota Marker.

With the victory, the Jackrabbits improved to 7-2 overall and 4-2 in the Missouri Valley Football Conference en route to retaining the Dakota Marker before a record crowd of 18,130. NDSU suffered its first loss of the season, falling to 8-1 overall and 5-1 in league play. SDSU entered the matchup ranked eighth in the Football Championship Subdivision coaches’ poll and 10th in the STATS FCS media poll.

SDSU never trailed in defeating their rivals to the north for the second year in a row. Leading 10-7 late in the first half, junior cornerback Jordan Brown came up with the first Jackrabbit takeaway of the game with his team-leading third interception of the season, which gave SDSU the ball at its own 40-yard line.

Jacks up. Bison Down — the Dakota Marker is here to stay. #GoJacks pic.twitter.com/CzBB0P4FgD

The Jackrabbits converted the turnover into seven points as SDSU put together a five-play, 60-yard drive that ended with a 1-yard touchdown run by quarterback Taryn Christion with 12 seconds remaining in the half. Christion connected with All-America tight end Dallas Goedert on passes of 22 and 25 yards on the first two plays of the drive.

NDSU pulled to within 17-14 on the opening drive of the second half. Bison quarterback Easton Stick completed all three of his passes on the drive, including a 24-yard touchdown strike to running back Ty Brooks.

The SDSU defense came up with two more takeaways on the Bison’s final two drives of the third quarter, turning both turnovers into points. Stick was stripped of the football by Kellen Soulek, with Alex Romenesko recovering and returning to the Bison 30. Four plays later, Mikey Daniel scored on a 5-yard run to push the SDSU lead to 24-14.

On the next NDSU possession, Makiah Slade intercepted a Stick pass and returned the ball to the NDSU 30. Brady Mengarelli, who ran for a game-high 64 yards on 13 carries, picked up a first down before the drive stalled and Chase Vinatieri connected on a 41-yard field goal.

The lone Jackrabbit turnover of the game gave NDSU some momentum early in the fourth quarter. SDSU fumbled a punt and NDSU’s Jaylaan Wimbush fell on the loose football at the Jackrabbit 14. The Bison cashed in two plays later as Stick sprinted around right end for an 11-yard touchdown run.

However, SDSU countered with its longest drive of the game, an 11-play, 86-yard methodical march to the end zone. Mengarelli and Isaac Wallace notched runs of 11 and 15 yards, respectively, to move the ball across midfield. Christion later hooked with Jake Wieneke for 14 yards on a fourth-and-4 play before Goedert made a juggling one-handed catch for a 19-yard touchdown.

Each of NDSU’s final two drives ended with turnovers. Marshon Harris forced a fumble at the SDSU 18, which was recovered by Mason Leiseth, and Zy Mosley ended any hopes of a Bison comeback with the Jackrabbits’ third interception of the game at the Jackrabbit 25.

SDSU took the opening kickoff and opened the scoring with a seven-play, 75-yard drive that ended with a 14-yard pass to Jacob Brown, who was 5-for-5 passing on the drive.

The Bison countered with a 4-yard touchdown pass from Stick to Connor Wentz to tie the game at 7 late in the first quarter.

Vinatieri gave SDSU the lead for good with a 21-yard field goal midway through the second quarter.

SDSU held a 473-337 advantage in total offense, including a 144-108 advantage in rushing yardage against a Bison team that came in averaging nearly 278 yards on the ground per game. Christion completed 23-of-33 passes for 329 yards, with Goedert leading the receiving corps with seven catches for 116 yards. Jacob Brown added career highs of five receptions for 59 yards.

Stick ended the game 16-of-28 passes for 229 yards, a pair of tonuchdowns and three interceptions. Darrius Shepherd hauled in seven receptions for 95 yards, while Brooks led the NDSU ground game with 49 yards on six carries.

Christian Rozeboom led the Jackrabbits with six tackles, while Anthony Washington made five stops and broke up two passes. Tre Dempsey led all players with eight tackles for NDSU

This article originally appeared on NCAA 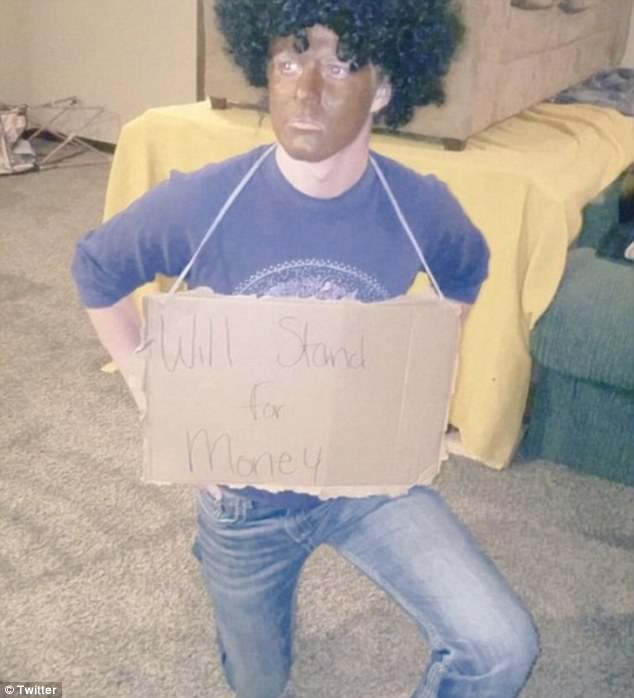