Tom Illmensee and Morgan Huff, longtime bandmates whose professional careers have centered on software design, are looking to establish Orbital Music Park, a practice space aimed at people who play music recreationally but don’t identify as musicians and want to learn and play with others.

The duo, who have played together for years in groups such as Frog Legs and Boneanchor, started a capital raise for Orbital in September with a goal of $600,000 to fund the concept, which ultimately would involve a 20,000-square-foot warehouse filled with recycled shipping containers that would be used as practice spaces.

They’re initially hoping to raise at least $50,000 to pay for a smaller, garage-style space that could serve as a prototype that could in turn attract more investment.

The concept would continue 90-minute jam session-rehearsals the pair has been leading at Art Works, providing their tutelage as needed while also stepping back and allowing participants to rock out. Attendees are asked about their ability-level and interests, and Illmensee and Huff put their names in a database that groups them with others who share similar skills.

Illmensee said a goal is to connect people who play music with others with similar interests so they can benefit from a group dynamic without feeling like they have to be part of a particular music “scene.”

“We’re just mixing people together who would never have found each other or played together,” said Illmensee, most recently a user experience and design director with technology platform Prezi. “This is textbook customer discovery, customer development work, except the novelty with us is we’re actually making music with our customers.”

This article was originally posted on WTVR

Does Sioux Falls need something like this? Send us a message or let us know on Facebook. 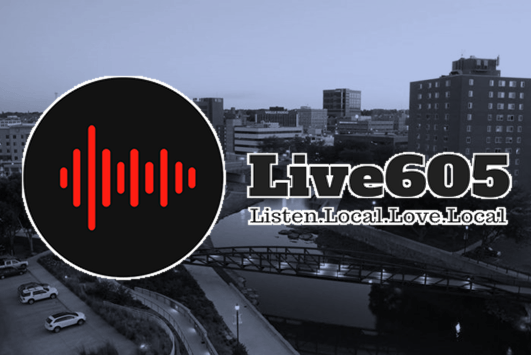