Taylor Swift’s ‘…Ready for It?’ Video: 13 Things You Missed

Another stretch of Taylor Swift’s run-up to her sixth album Reputation arrived Friday, when the video for the grinding come-on “…Ready For It?” dropped online. Directed by Swift’s recent filmmaker-of-choice Joseph Kahn, the clip for Reputation‘s opening track features Swift facing off against a cyborg version of herself, with splashy CGI effects making the Swift-on-Swift action sparkle. Similar to her Easter-egg-laden clip for “Look What You Made Me Do,” Swift’s video for “…Ready” is dark and sci-fi-themed, with callbacks to Tron and Blade Runner – but it’s also laden with small clues to what could be the real story lurking behind the scenes.

From teenage country tracks to synth-pop anthems and little-known covers, a comprehensive assessment and celebration of Swift’s one-of-a-kind songbook

1. The hoodie-clad Swift might be a replicant. In the first close-up of Swift’s precision-lined eyes, they have a glint to them – a possible allusion to the way that the sci-fi classic Blade Runner (back in the zeitgeist thanks to a sequel) alerted viewers to the robotic core of some of its characters.

2. 1989 gets a shout-out right away. As a hoodie-clad Swift stands at the threshold of the grungy subterranean bunker (or abandoned shopping mall?) where her cyborgian twin is stashed, two numbers appear behind her scrawled in graffiti: “89” and “91.” The first is likely a reference to Swift’s birth year, which provided the title of her last album; “91” could very well be a shout-out to Swift’s current paramour, actor Joe Alwyn, who was born on February 21, 1991.

3. Swift’s eight exes are part of the tableau again. In the “Look What You Made Me Do” video, Swift had eight backup dancers, which some thought was a reference to the singer’s suite of famous ex-boyfriends like Jake Gyllenhaal, Britpopper Harry Styles and Avengers actor Tom Hiddleston; this time, eight black-clad sorta-cyborgs guard the entrance to other-Swift’s lair.

4. “Joseph” gets a shout-out. The name “Joseph,” written in Chinese, appears during Swift’s strut into the deeper reaches of the lair; whether it’s a shoutout to Kahn or Alwyn is up in the air, although Kahn referenced the Chinese-character motif in an early-Friday tweet.

5. More graffiti means more hidden messages. Swift’s favorite number “13” is also scrawled on the bunker’s walls, and there are a few other phrases as well: “UR Gorgeous,” “All Eyes On Us,” “I Love You In Secret,” and “This Is Enough.” The first is likely a reference to the single Swift released last week, leaving people to wonder whether or not the other phrases will eventually show up as Reputation song titles.

6. Taylor’s box-dwelling alternate self could be a reference to Ex Machina, or the box she’s been placed in by the media. The art of Reputation and the references dripping from “Look What You Made Me Do” signal that Swift’s forthcoming album will be a broadside against how she’s covered in the press; cyborg-Taylor being stuck in a box could be a reference to the way she’s painted as a specific type, but it also calls back to the 2014 sci-fi flick Ex Machina, in which Alicia Vikander plays a humanoid named Ava. (Is fame actually a process that turns normal people into semi-human replicants? Maybe!)

7. Happy Year of the Snake. Another bit of art from the bunker’s labrynthine halls is a shout-out to the Year of the Snake – which references not only the serpentine imagery that preceded Reputation‘s announcement, but also 1989, as the Chinese Year of the Earth Snake ran from February 6 of that year through January 26, 1990. (The next Year of the Snake commences on January 29, 2025, in case you want to mark your calendar.)

8. Lightning? Is this what we came for?Lightning bolts abound in the video, a possible callback to the Calvin Harris/Rihanna collab “This Is What You Came For,” which Swift secretly co-wrote; the complicated disclosure of Swift’s authorship two summers ago led to a memorable Twitter outburst from Harris, another Swift ex. (Kahn also tweeted“Nils Sjöbot” before the video’s premiere, a sly reference to the pseudonym Swift used in her initial writing credit for the song.)

9. Swift still has some bad blood. The most obvious parallel to “…Ready for It?” in Swift’s videography is the Kahn-directed “Bad Blood,” a similarly futuristic, battle-heavy clip that finds Swift and her army of besties taking on haters. But in this video, she’s on her own, and fighting against her toughest enemy – herself. (There’s also a possible allusion to the “Out of the Woods” clip, another Kahn-Swift work, when cyborg-Swift is posing on her platform.)

10. Cyborgian Swift rides a white horse. Swift’s 2008 album Fearless has a track called “White Horse,” which uses fairytale imagery to tell the story of a relationship that broke her spirit. (“I was a dreamer before you went and let me down,” she sings). She also rides one in the Kahn-directed video for the poison-pen tease “Blank Space.” Cyborg-Taylor at one point is mounted on a white horse, perhaps as a way of signaling that she’s receiving her real-world döppleganger’s memories.

11. There might be a Harry Potter reference, too. At one point cyborg-Swift gazes at a glowing orb, reflected in her eyes; one eagle-eyed Swiftie connected that scene to a moment in the Harry Potter films when Harry faces off against a “Dark Lord,” who will face off with an unknown assailant who has “power the Dark Lord knows not… and either must die at the hand of the other, for neither can live while the other survives.”

12. “Surprised Taylor” makes a comeback – maybe because Taylor has freed herself from the past. The video ends with clone-Taylor watching as her combatant is struck down by lightning while standing on a platform emblazoned with the slogan “They’re burning all the witches.” While some have said that this could be a reference to Swift’s breaking free of the narrative that’s been placed on her by the media, the way nu-Taylor’s eye glitters at the clip’s very end makes one wonder what might be next.

13. Swift’s way of keeping her fans guessing about her videos’ deeper meanings is unparalleled in pop. Whether it’s coded messages in lyric books or winking callbacks to her past in her videos, no pop star has built up her own universe the way Swift has – but even the allusion-rich “…Ready For It?” clip, with its explosive ending, might be a sign that she’s willing to break it in order to emerge as a new version of herself. 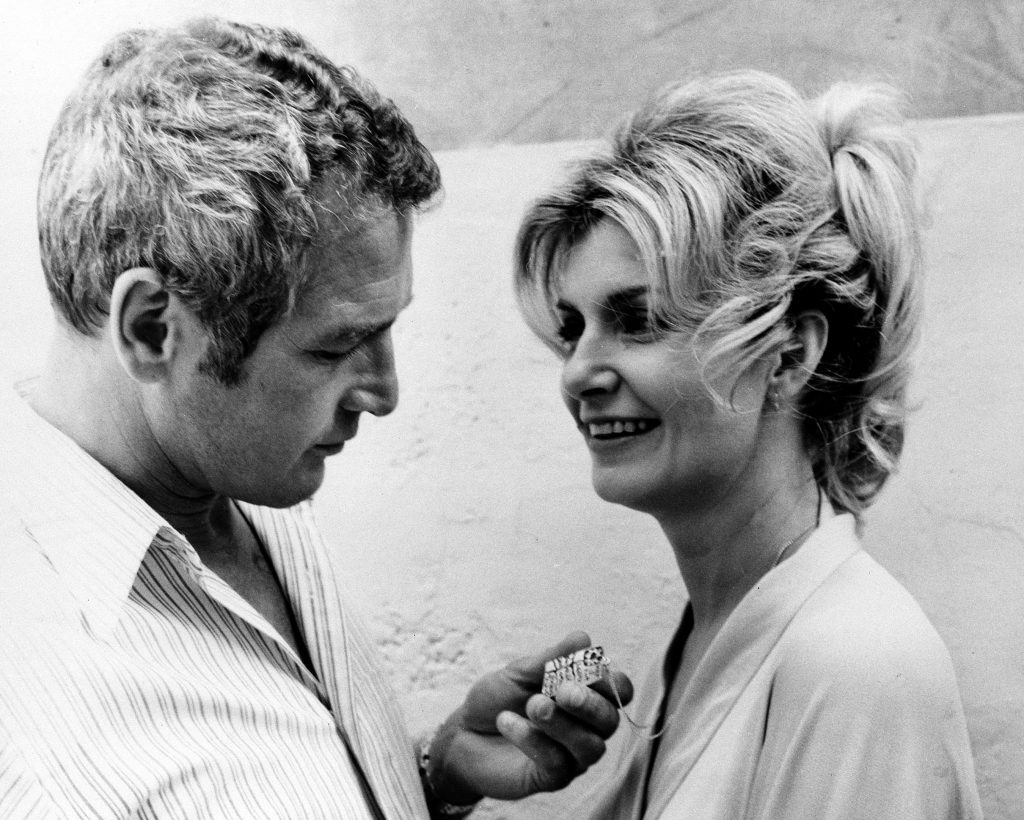